Are the people in your life making you eat more? 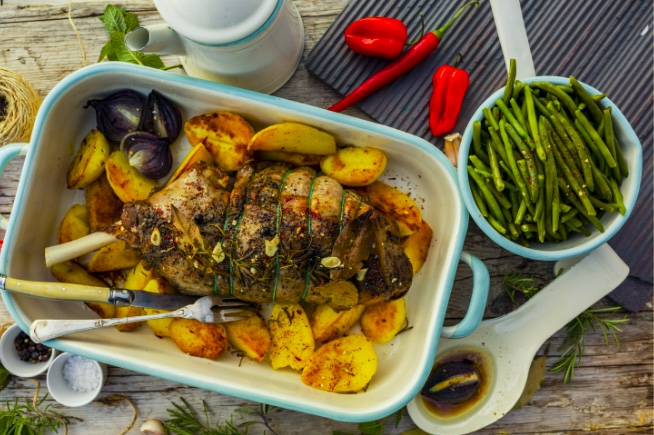 Are the people in your life making you eat more?

A few years ago, a landmark finding from a long term study published in the New England Journal of Medicine alarmingly found a powerful link between an individual’s weight and the weight of those closest to them. When researchers involved in the Framingham Heart Study, which has followed more than 15 000 Framingham residents since 1948, took a closer look at the data, tracking the social connections of participants who gained or lost weight, it became clear that individuals did not become obese randomly. Rather, groups of people would become obese together over even lose weight together. So significant were these findings that the study showed that when a Framingham resident became obese, his or her friends were 57 percent more likely to become obese too.

These findings tell us one thing, we become like the people we spend our time with. And as such, there is a wide range of influencers who may be playing a bigger role in your health and your weight than you may have previously been aware of. And influencers who may need management if you are to keep on track with your diet and lifestyle goals.

Put most simply if your friends regularly exercise and make healthy meal choices when eating out, you are far more likely to keep your weight under control than if your friends make poor food choices, don’t move much and carry extra weight. Most commonly, friends consciously or unconsciously playing a ‘feeder’ role in which they are encouraging you to eat foods you may not really want to. For this reason it is important to be honest and transparent with those closest to us, and be confident to stand up and say that you are keen to stick to your diet, or look for active social engagements as you are keen to lose or control your weight.

Partners are notorious for playing a lead role in sabotaging their better half’s diets, especially when they are not wanting to make the healthy choices themselves. You need to be strong with this one – separating out yourself from your partner, even preparing separate meals if you have to. And be honest, pointing out that them bringing chocolates and tempting treats home; or tempting you with alcohol when you are trying to have an alcohol free night is not helpful and actually quite selfish.

The fact that so many of us spend so many hours each week at work can be a disaster when it comes to our diets if our workplaces are not all that healthy. The combination of the fundraising chocolates; regular birthday cakes; unhealthy vending machines and office feeders can mean a disaster when it comes to our overall calorie intake. Avoid overeating at the office by planning ahead, taking your food where you can and get used to saying no to the incessant feeders and bakers.

For women in particular the relationship they have with food has a lot to do with what our mothers taught us and even more specifically her relationship with food. It is not uncommon to hear stories of supposedly well-meaning mothers letting you know that you have gained weight whilst still piling on the chocolate, desserts and high calorie foods at home – indeed it can be a very twisted relationship. Depending on your specific circumstances, you may be able to have an honest chat with your mum and specifically ask her not to cook, buy and offer you the exact foods you are trying to avoid. If this kind of confronting conversation is not for you, you can always avoid meals with your mother whenever possible and try and catch up over a coffee, walk or at your home instead, then you can remain in control of your food options.

The powerful programming effects of our early experiences with food can mean that we instantly return to childhood with our food habits when we are in the presence of family. There is also the feeders who routinely offer you large volumes of delicious home cook, heavy foods that are literally impossible to refuse. Where possible say no, especially to empty calorie type foods such as snacks, lollies and chocolates and when consuming some of the extra food is inevitable, focus on portion control and bulking up your plate with extra veges and salad where you can.

When we marry or at least partner up for years at a time we gradually take on the habits of those around us, blood relatives or not. This means that if your Lebanese mother in law wants you to eat, she will do everything in her power to make it hard not to. It can be hard enough with our own family to say no, let alone saying no to your in-laws especially in the early stages of a relationship. In social situations where a number of people are present it will be much easier to divert attention away from yourself as opposed to smaller gatherings. When it is only a couple of you being served, the easiest way to manage the situation will be to accept the food on offer, but then eat slowly and mindfully to consume as little as what is served as you prefer to. Another trick may be to recruit your partner to help you finish the higher calorie meals and desserts that you are trying to avoid.

As parents we are often guilty of forgetting to take care of ourselves and as such our diet becomes a mix of kid’s foods and leftovers as well as their sugary drinks and treats on a regular basis. Then there is the issue of choosing child friendly restaurants and take away which tends to be high carb, high fat foods that we too end up eating by default. The easiest way to avoid this is to ensure your nutritional needs are satisfied first. While it may go against the grain, choosing your cuisine first, packing your own snacks and eating your breakfast before the kids is the easiest way to not end up eating highly processed kids food too frequently. Mind you, ideally the kids will not be eating it either! 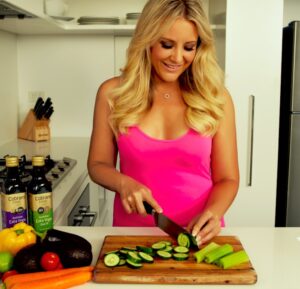